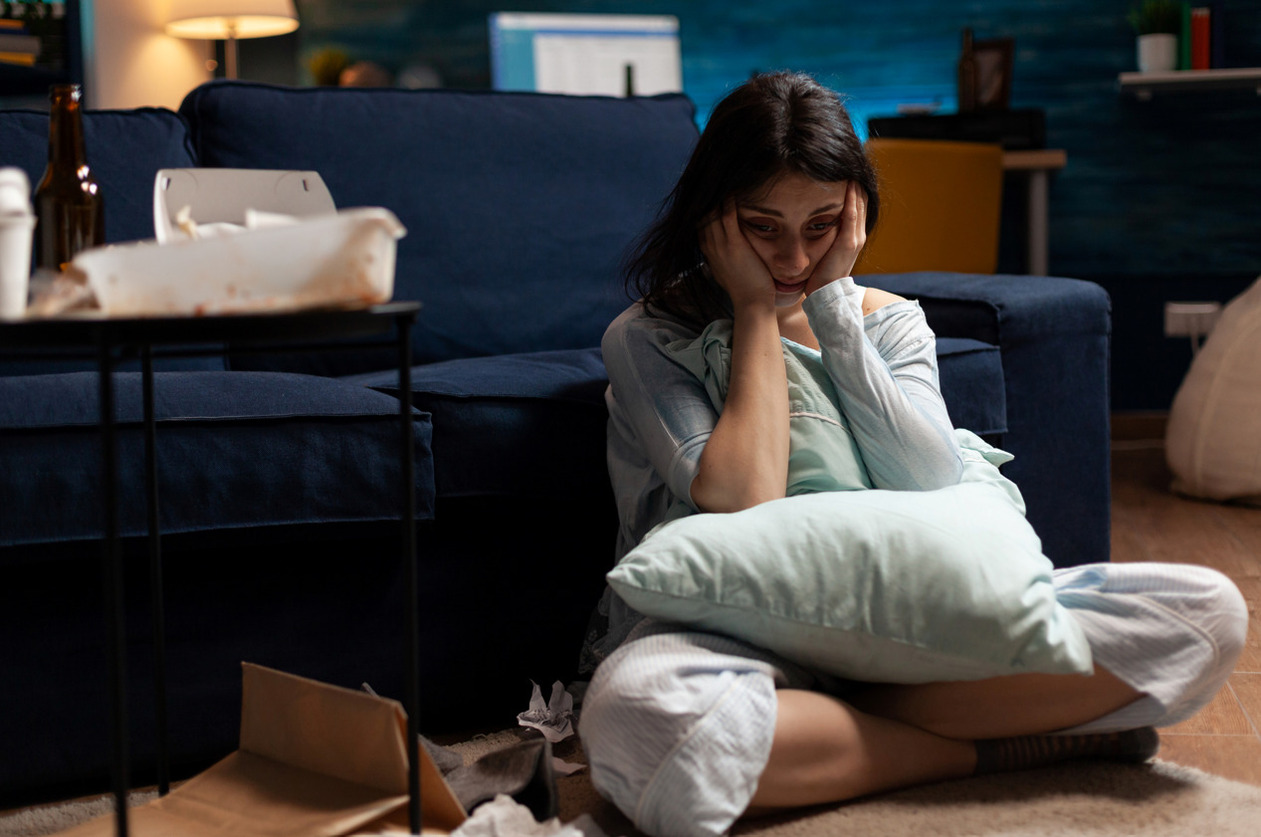 March is Women’s History Month. It’s a time to celebrate women’s achievements around the world. It’s also a great time to appreciate the unique struggles and challenges they face in their everyday lives.

An essential obstacle women struggle with is mental health issues caused by biological factors like reproductive and hormonal issues, plus social factors like domestic violence, discrimination, and other societal inequality.

The impact of COVID-19 on women’s mental health

Mental health issues have always manifested and presented differently in women than in men, but the pandemic has brought those differences into the light. Even though the COVID-19 fatality rate has been twice for men, COVID-19 has had arguably more significant mental health implications for women.

Research remains sparse; however, it cannot be disputed that the pandemic forced women out of their jobs and had them take on the bulk of child-care and other responsibilities at home, resulting in more anxiety and other mental health challenges.

In a study conducted across the united states of America, Asia, and the Middle East, investigators found that while almost nobody was spared from the anxiety, worry, and overall emotional fatigue of the pandemic. Yet, women were nearly three times as likely as men to report suffering from significant mental health consequences (27% compared to 10%), like anxiety, loss of appetite, inability to sleep, and trouble completing everyday tasks.

Women’s mental health has always been an issue of grave importance, even before the pandemic hit us. So let’s look at some facts about mental health issues they face today.

Women develop depression twice as many times men do. It’s believed that this is due to genetic and hormonal differences in the brain during fetal development, as well as the societal conditioning of both sexes.

While women tend to ruminate their thoughts and feelings, men tend to distract themselves from their problems and turn their back on their issues rather than confront it. Additionally, men are more likely to deal with depression by turning to substances like drugs and alcohol.

The World Health Organization (WHO) estimates that almost 20% of women struggle with postpartum depression, affecting the health of the mother and child.

Research studies have found that anxiety affects twice as many women as males. This is a startling figure, but it makes sense when you consider the patriarchal social structure we live in and the gender inequality and disparity across socioeconomic parameters, including education, income, employment, and physical health.

Traditional gender roles play a role in women’s mental health since caring for the family often falls on mothers. And so, at the end of the day, they have a lot to be anxious about.

It’s worth noting that toxic masculinity can play a significant role in why women report anxiety and mental health issues more often than men. The culture of toxic masculinity tells men that it’s “weak” and “unmanly” of them to share their feelings and their fears, whereas women are “allowed” to show their emotions and “weakness.”

PTSD occurs after a traumatic event, such as a car accident, a violent crime, sexual assault, etc. PTSD symptoms include recurring flashbacks, difficulty sleeping, and fulfilling regular day-to-day tasks. Even though these are common in anyone who experiences a life-changing event, PTSD is diagnosed when trauma symptoms persist for an extended time.

While PTSD can happen to everyone, women are more vulnerable to certain types of trauma, such as sexual abuse, rape, and domestic violence.

OCD causes a person to have obsessive thoughts and perform the same actions repeatedly and is far more serious and disruptive than someone who keeps their house clean or “obsesses” over something. Common compulsion behaviors include handwashing, counting, and checking on something, like whether the front door has been locked. They can become very disruptive if they are left untreated.

While both sexes are diagnosed with OCD equally, women are more likely to develop eating disorders like anorexia and bulimia.

BDD is when a person is consumed with anxiety about a perceived imperfection in their body or appearance. Similarly, even though it occurs equally in both sexes, women have difficulty overcoming it. This is because of the enormous societal pressures for women to appear a certain way. For instance, being thin, fit, and conforming to traditional beauty standards.

Even though some of these perceived imperfections can be so minor sometimes, the person will be so worried and anxious that it disrupts their ability to function in their everyday life and perform day-to-day tasks. It can make them miss school or work because they don’t want others to see them.

Research tells us that women are more likely to develop bipolar II, which involves major depressive episodes that last for at least two weeks.

Even though research doesn’t indicate whether men or women develop bipolar disorder more than the other sex, they experience it differently. For instance, women with bipolar disorder are at a higher risk of relapse and sometimes onset due to hormone fluctuation.

Unfortunately, women may feel discouraged from seeking therapy for their mental health conditions and challenges because of the stigma around seeking therapy and the expectation of keeping it together and constantly taking care of others first.

It’s important to know that there’s absolutely no shame in getting help. Especially that many of the mental health conditions covered are highly treatable with either medication or therapy or a combination of both.

If you’re experiencing or think you might be experiencing any of these conditions, please know that you don’t have to struggle alone and that help is available.

Consider speaking to a qualified Ayadi to develop a treatment plan that works for you.